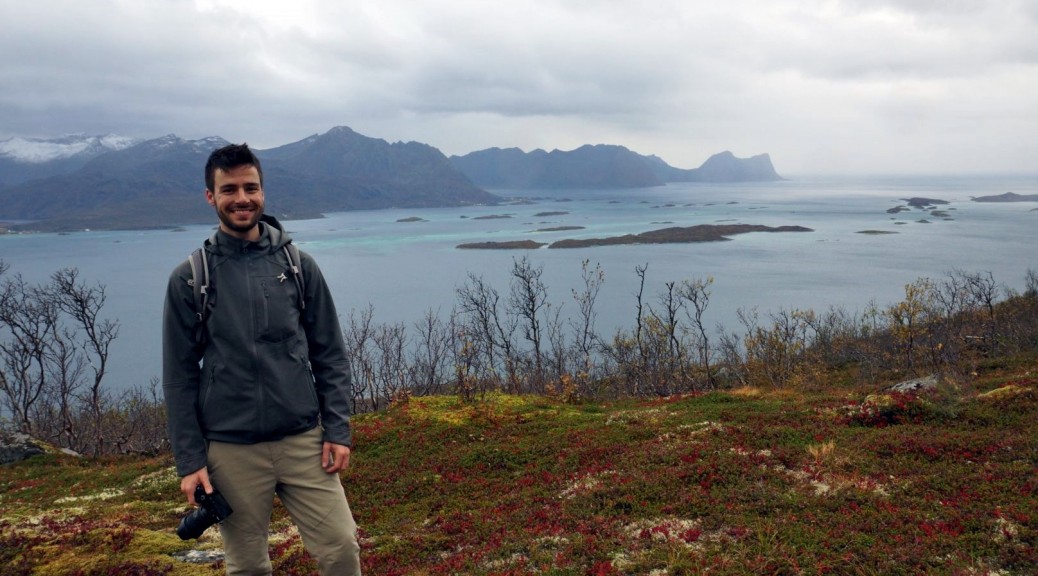 We awoke in Bergen very early in the morning so we could catch the bus for our 7am flight to Tromso.  Tromso lies in the far north region of Norway and is the third largest city in the Arctic Circle.  Although remote, this city offers a gateway to the premier Arctic landscape that can’t be seen elsewhere in the world.  And we were hoping to catch the Northern Lights on a clear night.

After picking up the rental car, we started driving down the coast towards the island of Senja.  Along the way, we took a slight detour across the Finnish border to a small national park.  We were only in Finland for a couple hours, taking some pictures and marveling at how far we were from major civilization.

We had booked a few nights at a lakeside cabin and the only plans were to enjoy more fjord landscapes, a couple short hikes to nearby peaks, and of course trying to glimpse the northern lights.  Well, the landscape was great, but sadly our hikes were cut short because of heavy rain and the northern lights were evasive.