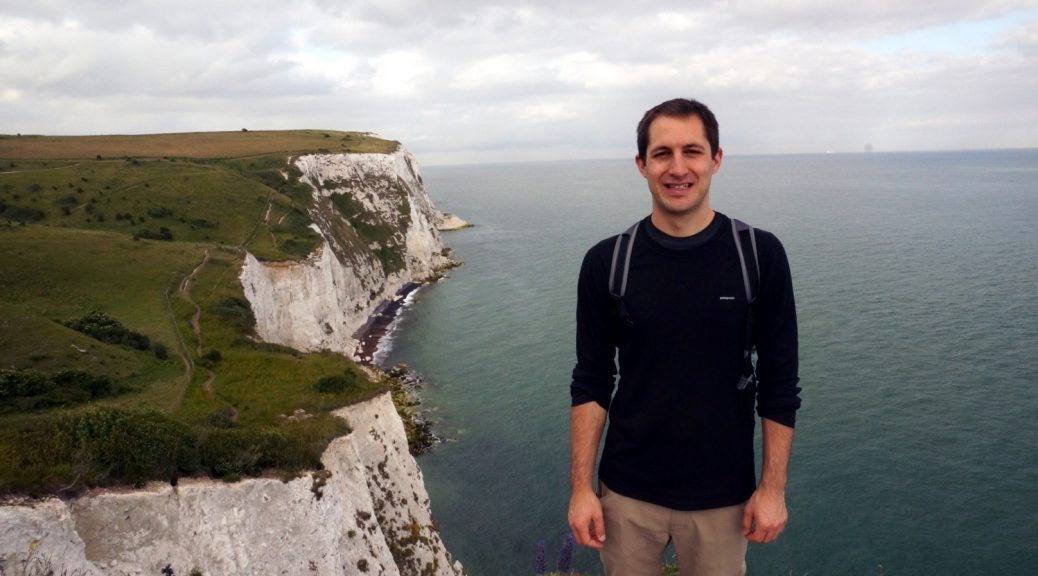 As part of her PhD research, Katie submitted a robotics paper to the Hamlyn Symposium in London.    We weren’t planning to go back to Europe for a while, but given the opportunity we decided to see parts of continent that had so far evaded us.  We started with the London Eye.

This monolithic ferris wheel is in the heart of London and difficult to miss.  Although we’d been to here twice before we’d never had an urge to go up.  The lines were always long and it just seemed a bit too touristy.  We caved and bought tickets – it was neat.

Next we ventured to Dover.  This harbor town is considered the gateway to England because of its location and shipping industry.  Dover Castle is also the largest castle in England and in WWII the tunnels were converted to an air raid shelter and command center for the evacuation of Dunkirk.   We walked around it for a while and enjoyed the views from the top.

On our way back to the hotel, we hiked along the famous White Cliffs of Dover and enjoyed the views across the channel.  These chalk cliffs continue for eight miles, but we only walked one or two before turning home.

We actually stayed in Dover an extra day (but no pictures).  Because of the worker strikes in Calais we were temporarily stranded at the ferry terminal waiting for a departure.  Luckily, our itinerary had enough room for unexpected chaos and we continued into Belgium and beyond with no problems.