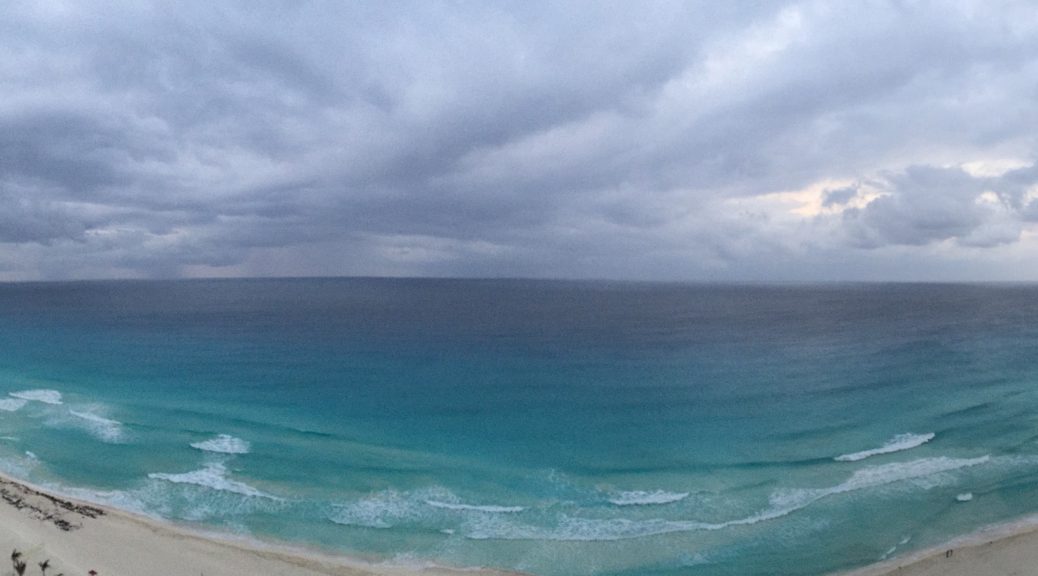 The other day, Matt turned 30.  To help celebrate the occasion and it being a little while since our last trip, we started looking for a nearby destination for revels.  Matt’s answer was Cancun and since there were non-stop flights on sale from SLC, Katie and I got onboard.

Let me preface this by saying I really enjoyed the slice of Mexico that we saw, albeit a narrow one.  Katie and I hadn’t been past our southern border and we found the weather nice, the people friendly, and the food fantastic.  But still, we were miserable almost the entire time.

The trip started smoothly with Katie and I arriving at the resort one day ahead of Lyle and Matt.  With the extra time, we immediately took a bus out to nearby Chichen Itza.  The bus ride was long and hot, luckily there was a stop for some authentic Mexican cuisine and souvenir shopping.  Arriving at the grounds, we made our way to the iconic temple.

We didn’t know much about the area, but apparently this ancient city used to be a focal point of the Mayan civilization.  Early inhabitants settled around 600 AD and the archaeological site spanned several square miles, so we spent most of the day exploring the area.

Among the other sites were the Great Ball Court, where the ritual Mesoamerican ballgame was played and usually resulted in human sacrifice.  Nearby also was the Temple of a Thousand Warriors and its impressive rows of columns.

The side of the staircase at El Castillo has a serpents head at the base.  Apparently during the spring or fall equinox, the shadows off of the side of the pyramid give the illusion that the serpent is moving.  We were a few weeks early for that.

After the self-guided tour of the site, we headed back to our bus for the long ride back to the resort.  Once there, we met up with Lyle and Matt for dinner and proceeded to both get food poisoning.  The next three days were a blur of stomach pain, nausea, and doctor visits.

The views were nice though.