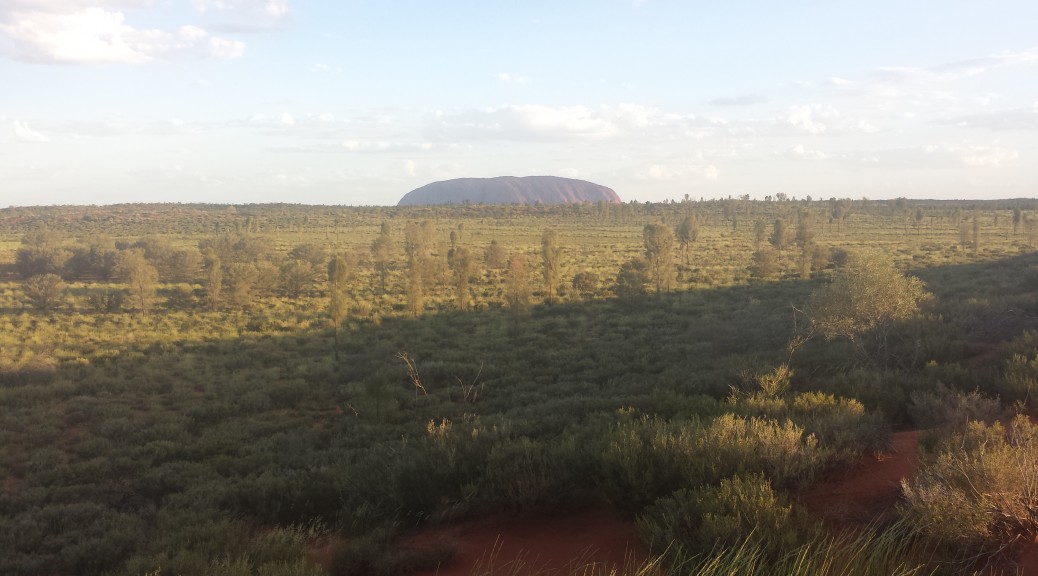 After departing Christchurch, our group separated.  Most of us (Katie, Julie, Monica, Matt, Lyle) ventured to Cairns, Australia for a few days of scuba and snorkeling along the Great Barrier Reef.  However, Justin preferred to stay safely inland and instead opted to visit Uluru (aka Ayers Rock).  After a few days, we would all reunite in Sydney.

After a quick layover in Sydney, I arrived at Alice Springs in Australia’s vast North Territory.

The next morning, I started with the 6 mile hike around the base of Uluru.  For those who haven’t heard of it, Uluru is a large sandstone formation that is one of the most recognizable landmarks in Australia.  This UNESCO World Heritage Site holds cultural significance to the Aboriginal people and photographs were only permitted in certain areas.   I hurried up and finished the hike before it reached the midday temperature of 110F.

After the hike, I walked around the nearby tourist town of Alice Springs before embarking on a camel tour of the area.  Apparently, Australia has a massive feral camel population in the North Territory.  Camels were originally imported in the 19th century, but herds grew to a million in the region before population control brought it back down to 300,000.  These camels were trained for tours in the desert.

The next morning, I toured nearby rock formations Kata Tjuta before heading to the airport for my return voyage to Sydney.